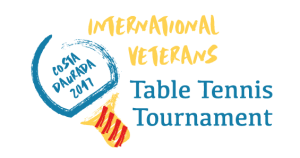 Reus was for ten days the capital of both national and international table tennis veteran categories. The Olympic Pavilion of the head comarcal del Baix Camp hosted consecutively the 26th Championship of Spain, of which the clubs and the Catalan athletes were the big timers, and the Gold Coast Tournament, a new event that in its first planted the seed in order to consolidate and grow in the coming years.

The first success of this inaugural edition was reached from before putting the ball into play, since the fact of meeting in Reus veterans and Veterans of up to twenty different countries exceeded by far the expectation with regard to the range of backgrounds of the participants further, the United States, Canada, the Dominican Republic come specifically from, Russia or Azerbaijan. An eloquent piece of the interest that the tournament will generate beyond our borders is the fact that the Catalan and Spanish paddlers were the most numerous in Reus, but this honor was the French.

Another goal accomplished was to achieve an organizational model flexible enough to what the participants could enjoy both the competition and the cultural and tourist attractions that the Gold Coast has to offer. As well, the program included a full day of rest and some times they readjust upon request of the players, who in addition to practice their sport they want to visit the modernist buildings in Reus, Tarragona or get yourself to Barcelona, between other options of the binomial to the upside that form the sport and tourism. In the whole of the two Championships, the table tennis will generate more than four thousand overnight stays on the Costa Dorada.

The care of details to make pleasant the experience he got also good note. For example, the fact that one of the most renowned athletes present in Reus, the Russian, Georgii Rubinshtein (runner-up of the world with Alexander Savelev last year in the world of Elche and Alicante) check out the birthday during the tournament took advantage to surprise with an impromptu celebration.

"The most important thing of this first edition is that the participants have been happy and now the tournament has ambassadors in 20 countries who will help us to make it grow with the word-of-mouth ", valued by the president of the Catalan Federation of Table Tennis, Joan Arnau. Some players who were at Reus are at the same time the organizers of tournaments in their countries, which can contribute a lot to increase substantially the participation the next year.

In 2018, the second edition of the tournament will be probably the last week of May and it could be a test-test prior to the celebration of the games of the Mediterranean views. And longer term, the International Federation of Table Tennis has in project the creation of a international circuit of tournaments including the veterans of the Costa Dorada in would be one of the pioneers.

In sports, the most outstanding Catalan participation was that of Svetlana Skobkina, player of the CTT Crochets de Reus. The Russian won the individual category nationalized Spanish in more than 40 years and in the doubles with partner Oksana 40-50 Russian Listkova doing. "Also climbed on the podium Joaquim Azcón, individual runner-up more than 60.

This first edition of the International Tournament Veterans Costa Daurada has been possible thanks to the efforts of the Catalan Federation of Table Tennis, clubs and people from Reus, the CTT CN Leads Doodles of Reus City Council and the General Secretariat of the sport of the Generalitat de Catalunya. The closing ceremony and presentation ceremony was attended by the presence of the main sports authorities in the area; the representative of the General Secretariat of sports, Mr. Joan Plana; the sports Councillor of the city of Reus, Mr. Jorge Cervera; and the Mayor of Thessaloniki, Mr. Carlos Pellicer. 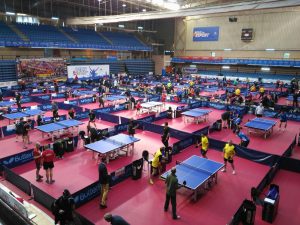